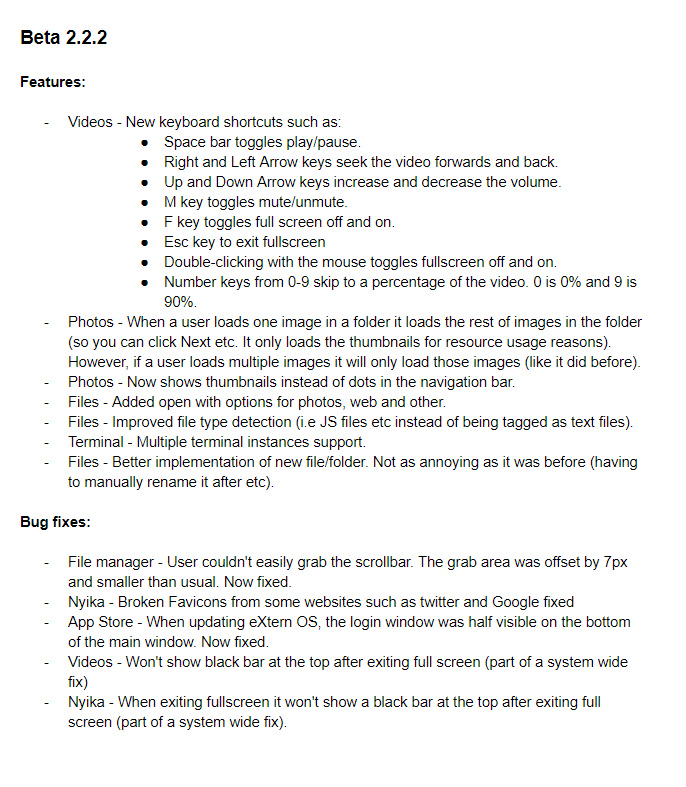 After losing my laptop right after the public release of eXtern OS Beta 2 (you can check my twitter for more information on that) it’s been rather difficult to work on eXtern OS as I am currently using an extremely underpowered PC with 1gb of RAM and a celeron processor (as you may have noticed significantly below minimum specs) in the meantime.

With that said Beta 2.2.2 is now out (also Beta 2.2.1 was released sometime last week). Here is whats in Beta 2.2.2. This release is currently only available as an Over-the-Air update within eXtern OS. Open the App Store or logout/restart eXtern OS to get the update.